The protagonist of the game is a character named “Codee”. Codee is a free spirited kid from the land of microprocessors who lost his way while exploring the world. Now Codee doesn’t know the way back home, but he’s very fast at following the orders that are given to him. The goal of the game is to help Codee get back home (yeah, the backstory is very original).

The game starts with a simple level wherein the playes just need to get Codee from point A to point B with some simple commands like move 5 units, jump 3 units and so on. Things get interesting in the higher levels as players are forced to think about primitives like loops and conditionals in order to get the job done with minimal effort.

A critical feature of the game was allowing the users to write commands flexibly. The score is calculated based on the amount of progress made as well as the quality of commands (code). For example, if there is a step pattern with 10 steps of height 5, players can either manually write “jump 5”, “jump 5”, …, 10 times or use a loop construct to say “repeat 10 times jump 5”. Latter will bag more points than the former.

I led the team of 3 for the project. Rishab helped me with some the graphics and Rakshit helped in making sure the game was bug free. 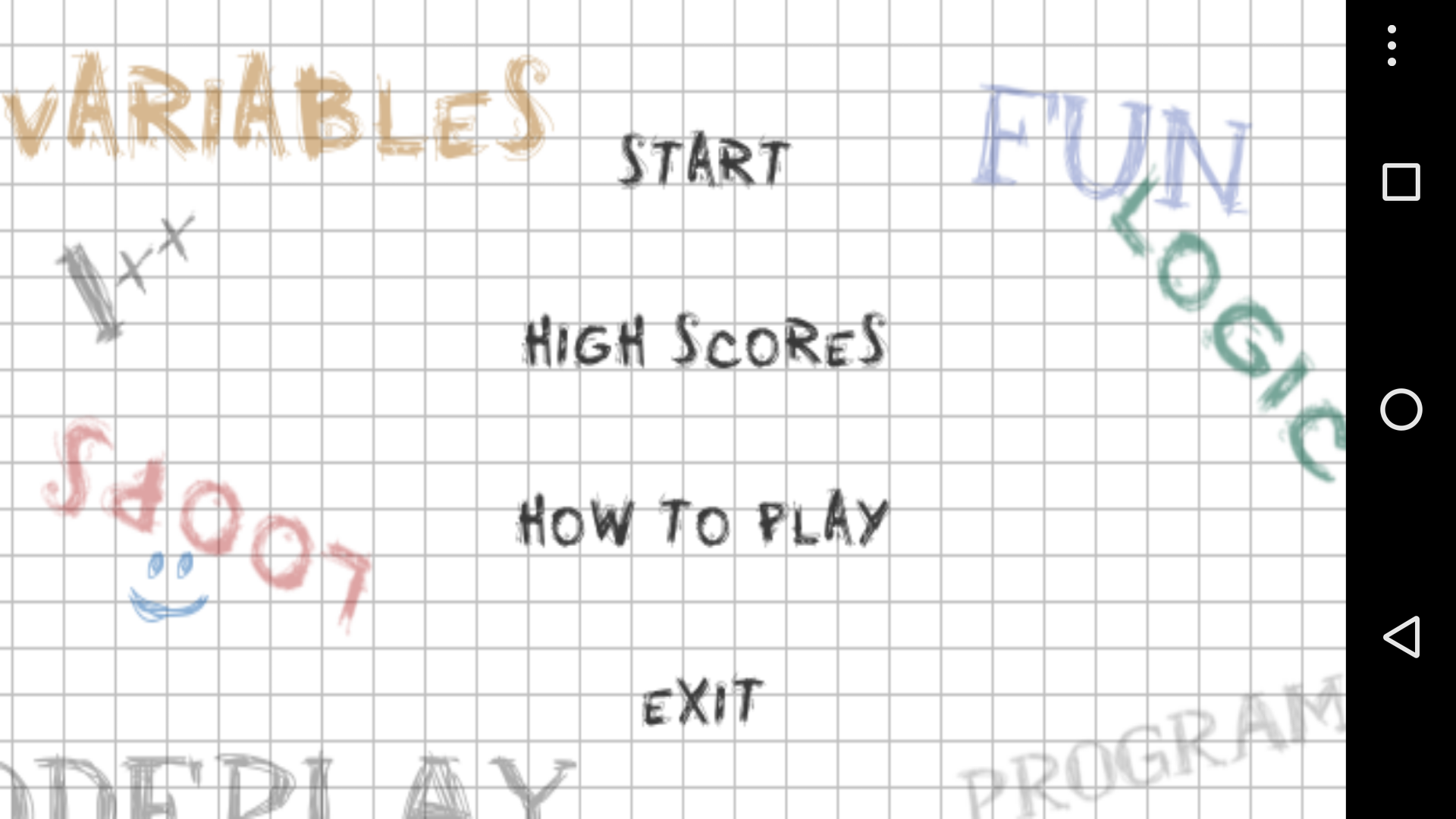 The game has 3 levels. Moving forward involves writing simple statements to get Codee from point A to B, “repeat it” presents challenges that forces users to think about loop constructs and “the showdown” introduces conditionals. 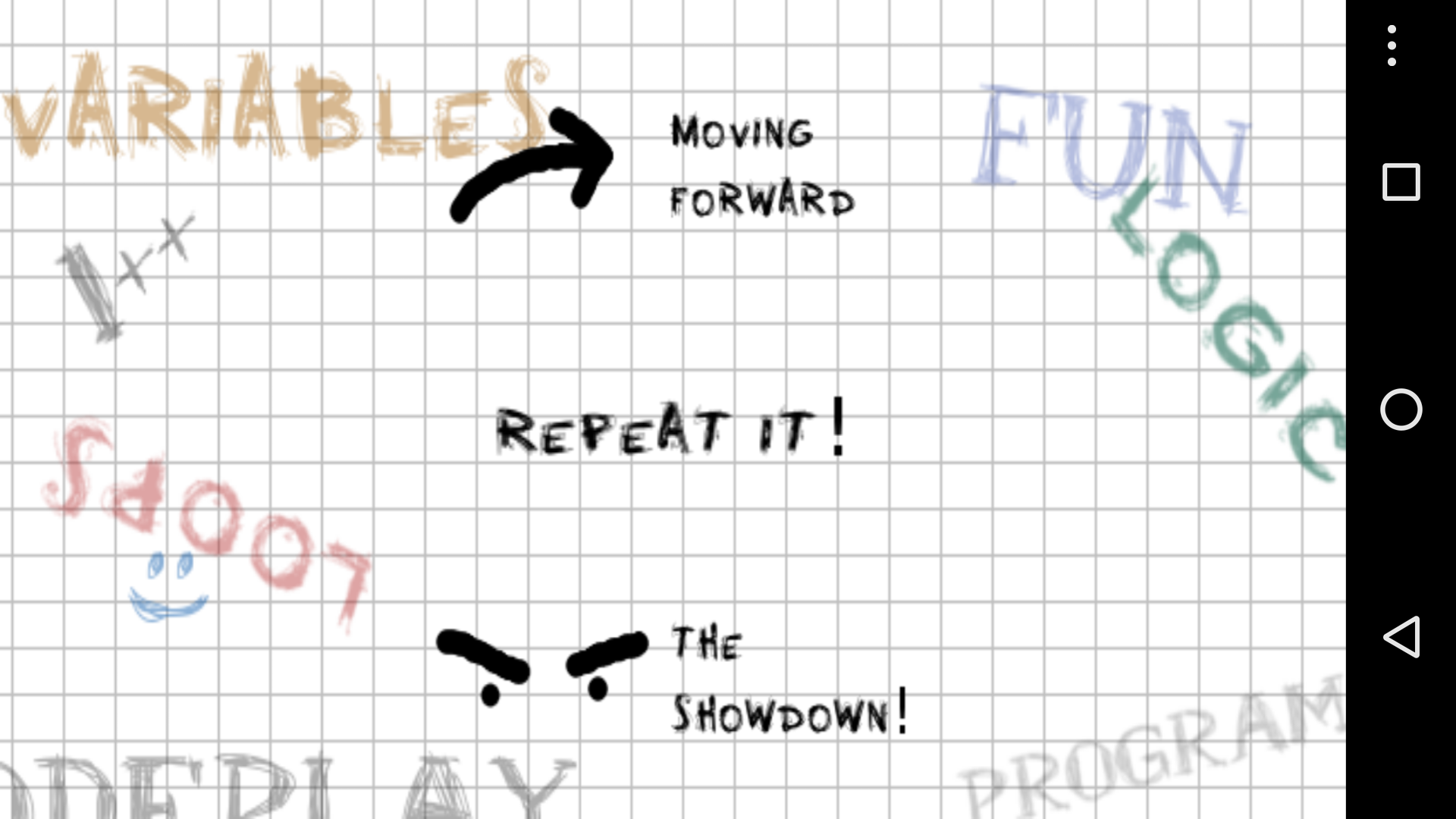 Every level has a annotated map, which indicates the path that Codee has to travel to go from Start to End. 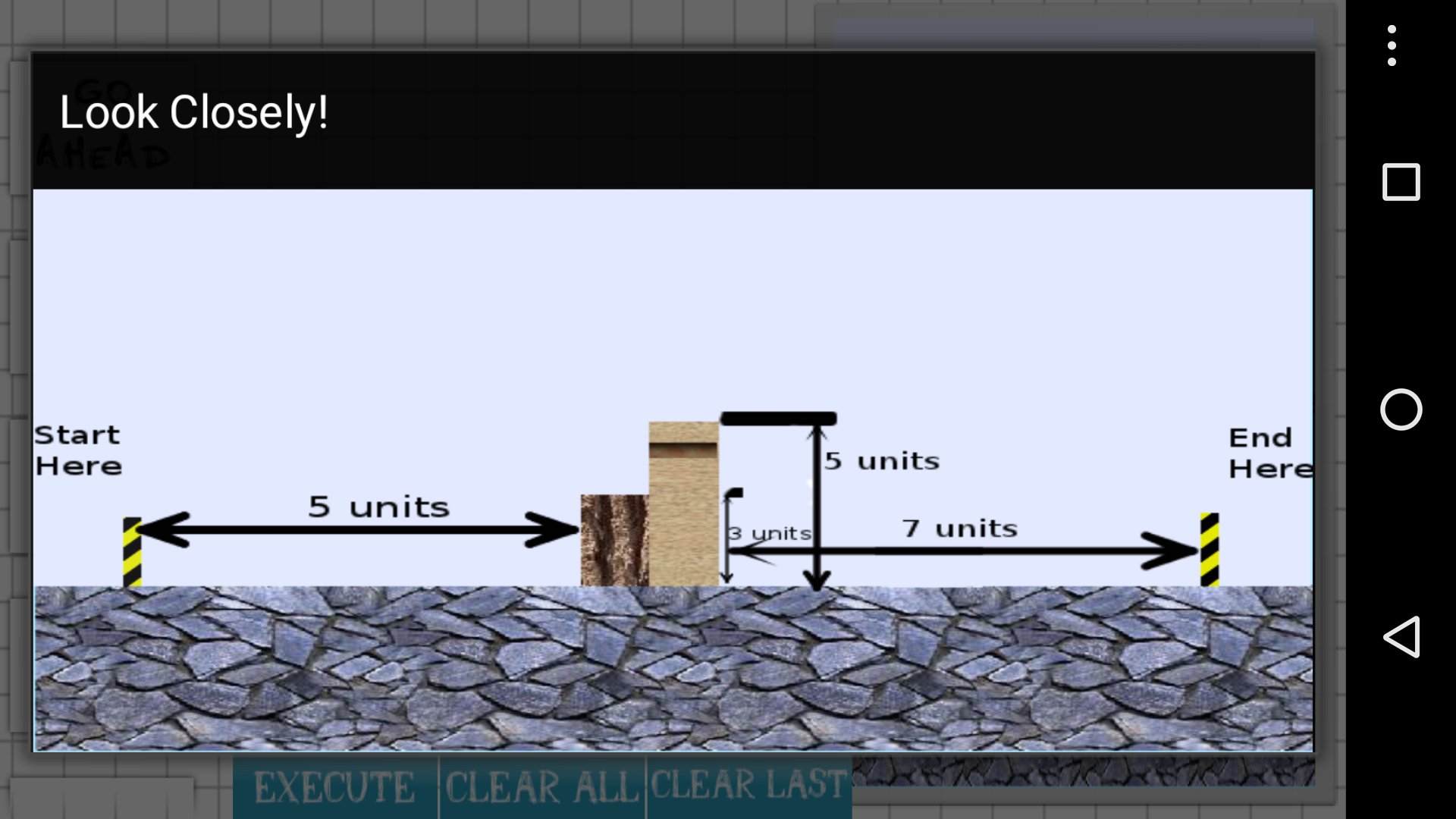 The player can “write” the code using the command palette on the left. 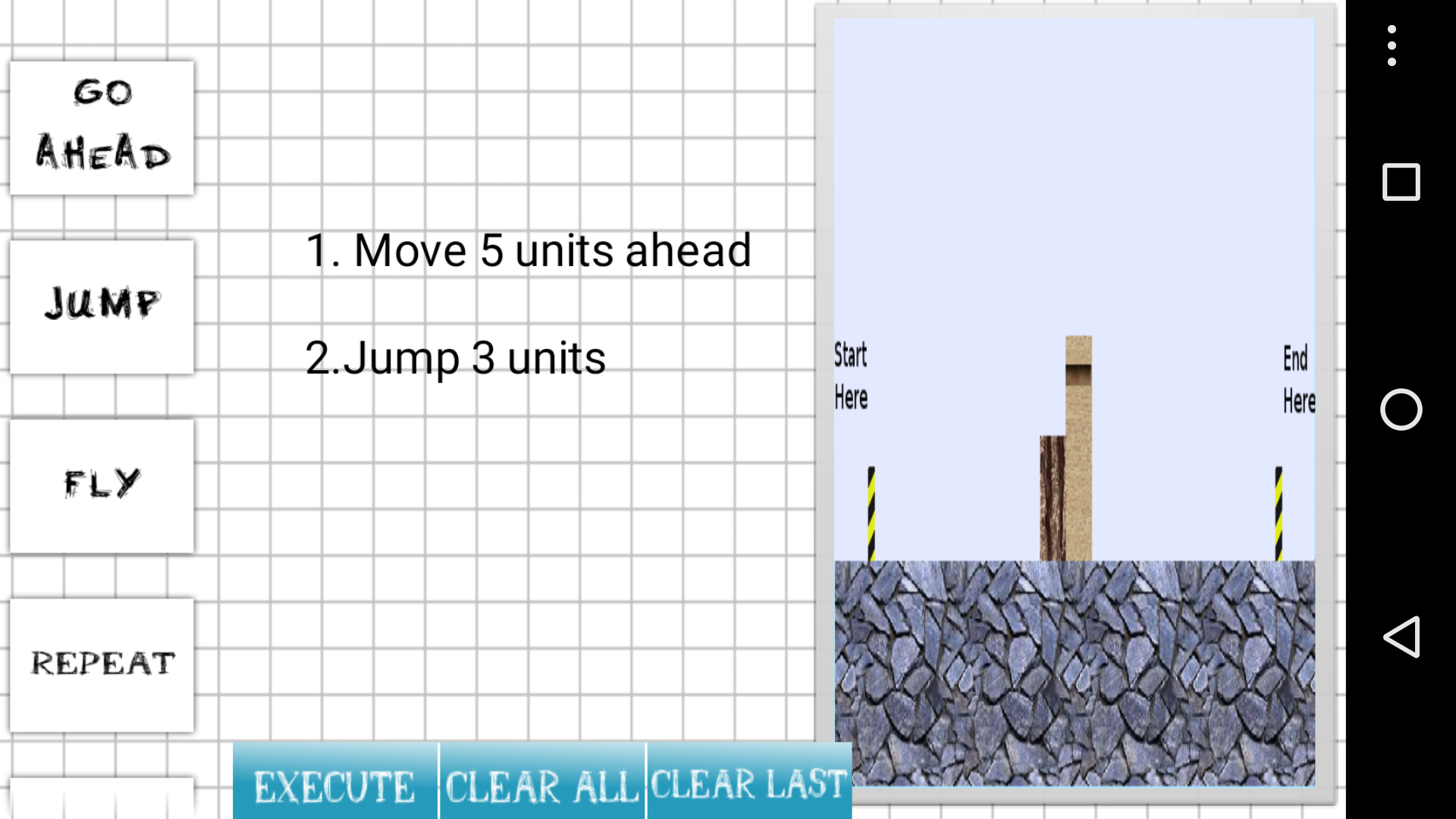 At any point, the players can “execute” the command to see how are they doing. 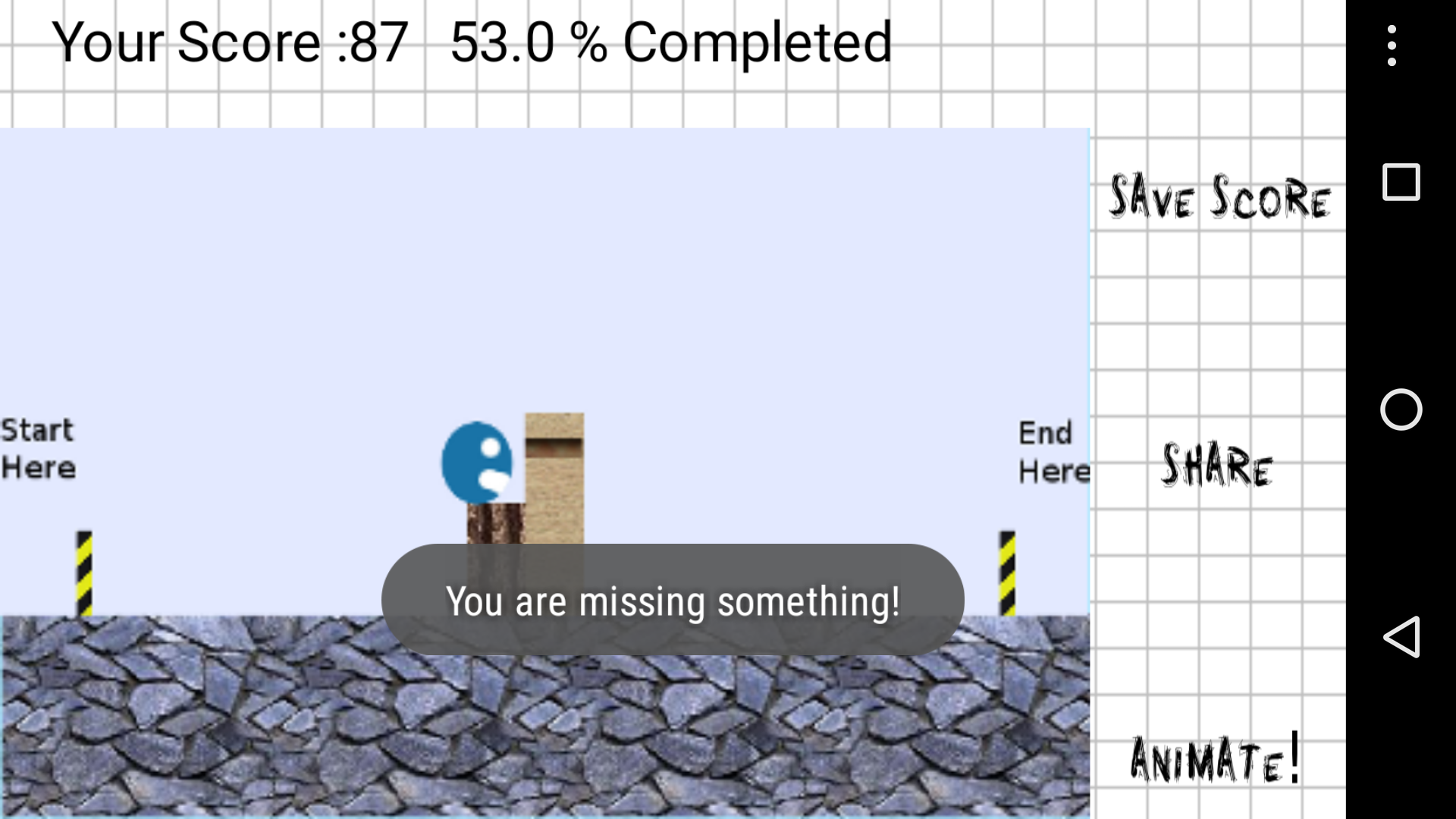 At higher levels, the levels have repetitive operations like staircases. They are designed to push the player towards thinking about loop constructs. 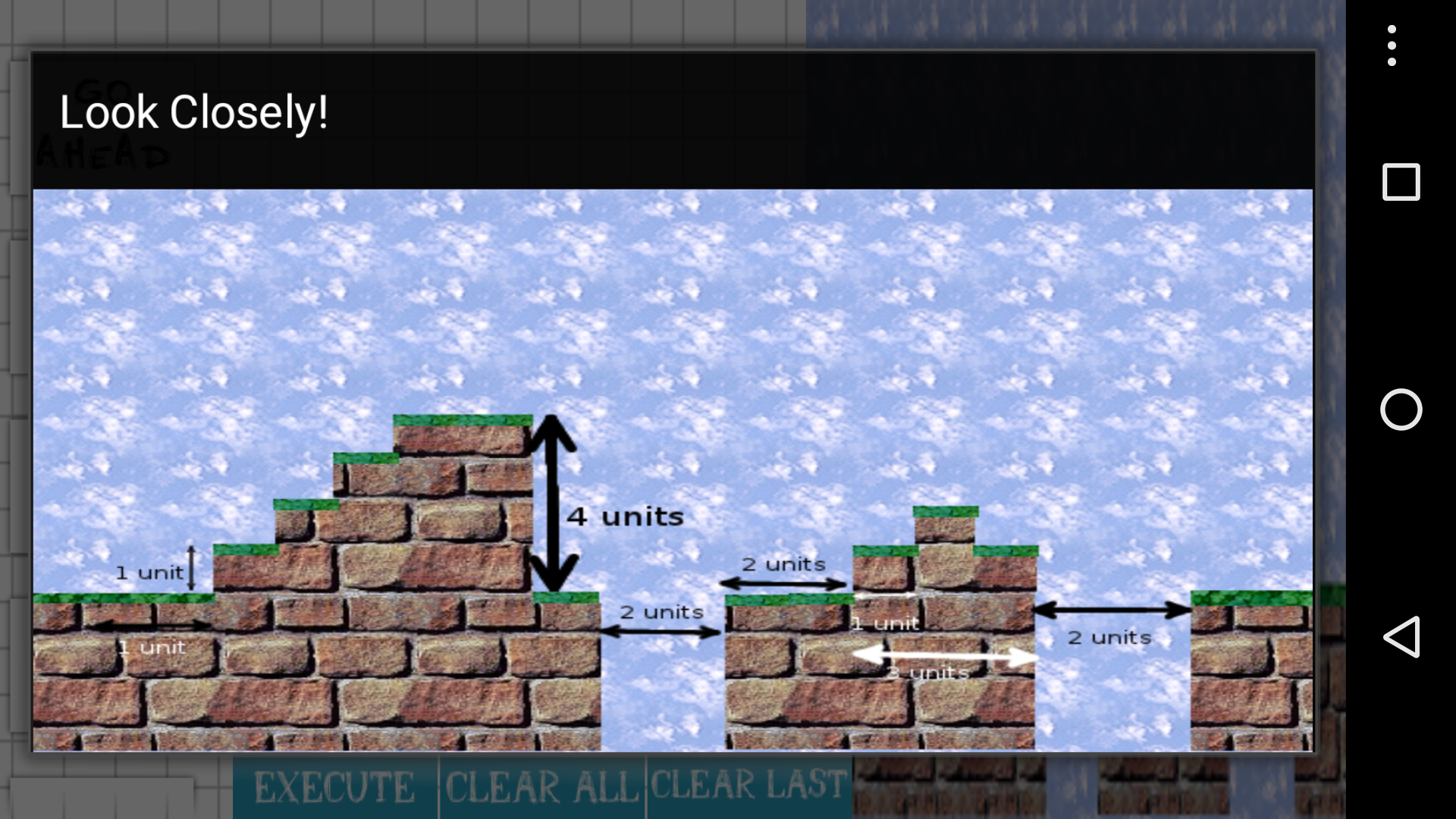 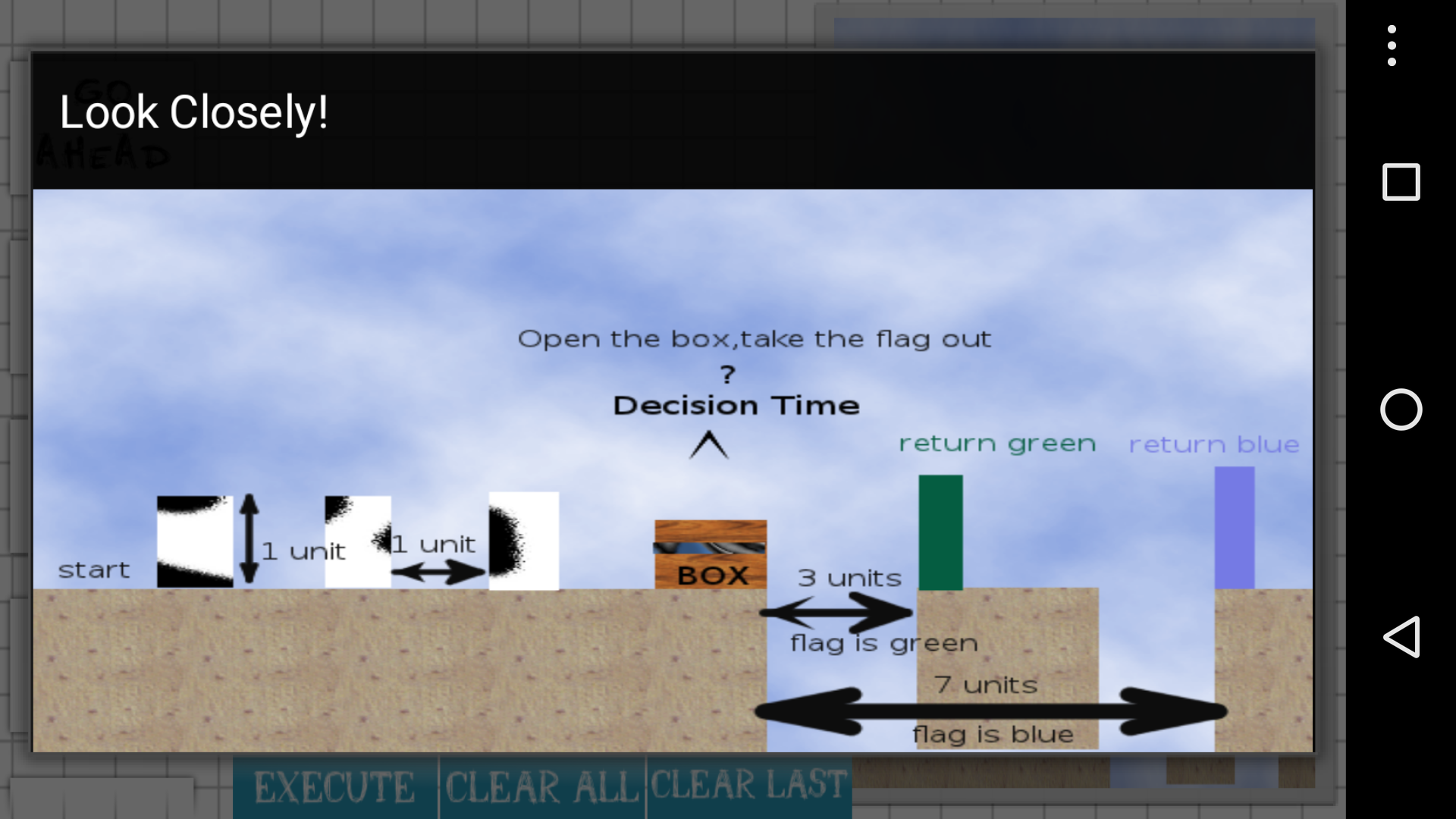 The game was developed as an entry to TCS Mobeel 2012, a countrywide competition with teams from 258 colleges from all over India. We won the competition! The prizes included ipads, cash and job offers. Needless to say, the 19-year old me was super happy.

If you have an Android phone, you can download the APK. I have a single user trial running here. The code, including the Codee language parser are properties of TCS due to the competition hence I cannot share them. However, if you are interested in the project and want to talk about it, please feel free to reach out to me.